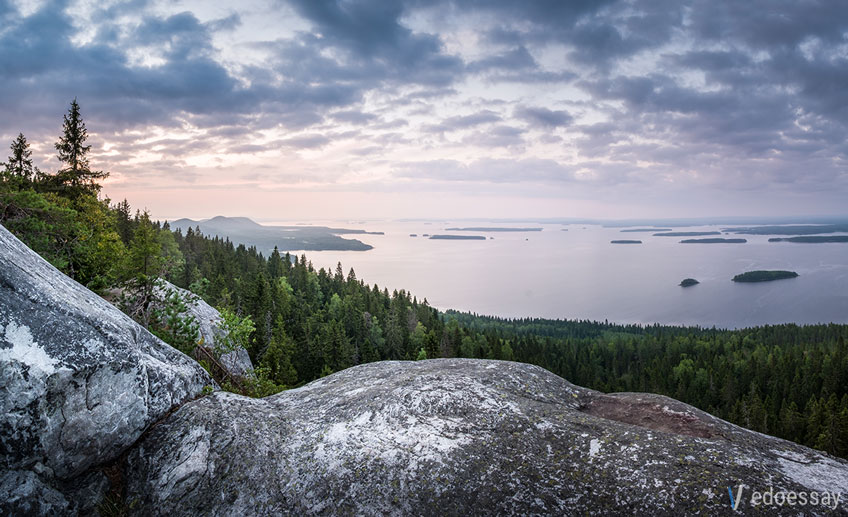 Today it is difficult to believe that this system is less than 50 years old. It was in the sixties of the preceding century that it began to be formed. For this half a century, Finland has gone a long way: currently, there are 29 universities in the state, 10 of which are specialized (3 polytechnic ones, 3 higher economic institutions and 4 art schools) and as many faculties.

However, like in any other country, all does not begin with institutions, academies or universities, but with preschool education. As you may know, education in this country is free, but preschool one is paid. Preschools are divided into three types: municipal, family and private, parents themselves choose in which one to give the child. Payment of a kindergarten depends on income of a family. The maximum fee is 254 euros, the minimum – 23 euros per month.

In Finnish kindergartens, children are admitted from 9 months to 7-8 years. And from the age of 6, one starts to prepare them for school free of charge. Sometimes, there are not enough places in preschools, and then the state pays an extra 500 euros a month to a family so that one of the parents stays with a child at home. In kindergartens in Finland, each preschool teacher (by law) is occupied with 4 children, so groups are usually small.

To ensure that reading is not interrupted by obsessive remindings about the fact that you have an unfinished homework assignment, just entrust it to experts from wedoessay.com.

We must say that the education in this country is constantly attracting increased interest of the world community. The fact is that Finnish schoolchildren demonstrate impressive results within the framework of the "Program for International Student Assessment" (PISA). In 2000 and 2003, Finland not only won first place in this "competition", but also was the only European country among the leaders. To understand the reasons for such success, one must do deep research.

Education begins with preschool age. And it begins in day nursery, where children go in the age from 3 to 6 years. In general, a lot of attention is paid to the system of preschool preparation. Primarily, such institutions should prepare a child for schooling.

The second stage is a main school where the child learns from the age of 7 to 16 (not much different from the situation in other countries, do you not find it?). But then the differences begin.

Firstly, one does not take exams at Finnish schools. Even graduation ones. Secondly, the differentiation of teaching, the allocation of certain subjects and their in-depth study to the detriment of others is not welcome. Thirdly, there are no "elite" classes. Education should be the same everywhere and for everyone in terms of both content and accessibility.

Interesting fact: it turns out that school buildings are designed by leading architects of the country taking into account opinion of pupils and their parents. Therefore, schools do not look like barracks or hospitals. As in any other European school, approach to classes is of an individual character, i.e. every child needs to find his or her own way. In one class, two teachers work simultaneously: this removes the burden from each of them and greatly simplifies and speeds up the decision-making process. After each lesson, pupils can tell what they could understand and what not. Moreover, misunderstanding of a subject is not considered fault of a child, but is recognized as teacher's failure to design knowledge-supply system.

In Finland, there is a tradition, according to which children are given to the nearest school. Previously, it was generally forbidden to choose it by oneself, and this ban was lifted only in recent years. Nevertheless, the majority of parents do not bother to search unnecessarily, preferring to send their kids to the institution that is the nearest to their place of residence.

And only at the third stage, the Finns have the right to choose – what specialty they want to study, and most importantly where. Currently, 441 gymnasiums and 334 vocational schools operate.

At the age 19, schooling finally ends. After that, yesterday's schoolchildren pass the first, only and last national exam. Its value is difficult to assess, because it does not play any role for entering universities.

At this stage, the difference between gymnasiums and vocational schools becomes clear. Graduates of the first, as a rule, go to universities, graduates of the latter – to institutions. This does not mean that graduates of vocational schools cannot enter universities – there are no formal limitations to it – this is just statistics. By the way, about statistics, only a third of school leavers continue their education.

Such a Peculiar Finland

As we have already noted, there are 29 universities in Finland. Do not confuse simple and professional ones. The first conduct fundamental scientific research. Here you can defend your doctoral thesis, and before it, you can get the title of a licentiate – an intermediate scientific title between a master and a doctor (it is known in no other country in the world).

Professional universities do not provide all this. The only thing that unites these two institutions is their uniform location throughout the country.

At present, the most popular are the following areas of education: technology and transport, management and business, health. Tourism and culture are also attractive for young people. Education in polytechnics lasts 3,5-4 years.

Higher education is conducted mainly in Swedish and Finnish, but there is program in English now, mainly for foreign students. It is clear that if you plan to receive higher education in Finland in English, you will need to master it in perfection, otherwise, you will not be allowed to study. To confirm your English skills, you must pass one of two possible tests: IELTS or TOEFL. What is noteworthy, the second is more often used when an international student enters the US or Canadian educational institutions, while the former is a standard test for any student whose native language is not English.

Another Couple of Nuances

Education in Finland is free (including foreign students). In general, country's participation in financing education is estimated at 72%. However, a student of a higher educational institution still needs some cash. Firstly, for living and food – 600-900 euros a month is enough. And, secondly, for compulsory membership in student unions, in the amount of 45-90 euros. However, this rule does not extend to all areas of training future specialists, bachelors and masters. For example, the direction of an MBA at the Helsinki School of Economics is paid.

In order to enter a university, it is necessary not only to successfully pass entrance examinations, but also to confirm financial situation, then successfully pass examinations for knowledge of one of the needed tongues – Finnish or Swedish (English for international programs). Also, complete secondary education is required from foreigners. Some Finnish institutions introduce quotas for admission of foreign students.

One must admit that education, conducted under international programs, can be narrower than similar education, but conducted in Finnish. For example, the Helsinki School of Economics, which we have already mentioned, honestly admits that the set of subjects in the international business specialty taught in English is less than subjects in a similar program, but taught in Finnish.

In total, about 6-7 thousand international students study annually here. Universities are the most popular among both foreign and local students – they enroll from 60 to 70% of them. Accordingly, 30-40% of students studies in polytechnics. Moreover, foreign students choose universities more often than the Finns do.

It is not difficult to see how complex and elaborated this education system is. It is great that this northern country takes care of foreign students – in fact, all remains free for them.