Let’s imagine you have been asked to write a paper about the most influential philosopher in the Western World. Who comes to your mind? Nietzsche? Socrates? Maybe Descartes? What about the most famous one among metaphysicians and the whole world? Let’s talk about Immanuel Kant – the author of “The Critique of Pure Reason” as well as many other crucial works on religion, ethics, morality, freedom and other crucial questions of humanity.

So, welcome to the universe of Kant! The world where all we realize the constraints of one’s mind and the way we possess the knowledge today was previously closely investigated and overthought by the notable think-tank person.

The Famous Question “What Can We Know?” and Earlier Influences

It is considered a large input he made to feeling of our own mind arguing that it should not limit access to our empirical aspect of time. He believed that the feature that is to give some morale worth to an action does not have the result of this activity but of a trigger that pushes this movement to be done.

Kant’s way of musing has been ruled by two earlier periods of philosophy which are Rationalism and Empiricism. Why? Simply because he contradicts the most about their offers and ideas but more of that he confirmed and agreed with some of them as well.

Empirists argued a lot about the conception of a human mind as a blank state acquires experience as the only source of knowledge. Other sensations only carry new information but they are not able to bring anything new to an individual perception of the surroundings. Only the empirical experience deep in our mind is the source of our knowledge. Kant argued that position stating that the mind can be improved and it can obtain new experience as well as knowledge and skills from outer observations.

Rationalists were convinced that the wisdom can be aimed by the mean of a reason which is to be brought by rational hypothesis of a great person Descartes who said "if I am thinking, so I exist". It is a way of thinking that the logic is a source of knowledge and should be superior to and independent of sense perceptions. In a few words: to get to know the world you have to figure it out.

Scoops of That Time

Kant was a proponent of a theory of the natural origin of human races as he was preoccupied by the diverse variability of the humanity. Therefore, he was the first one to define them with the notion of “races” which were distinguished by skin color, eye color, anatomic features like cranial shape but also their cultural diversity like moral values, traditions and customs. Nevertheless, he defined the Caucasian race as the only one capable of self-improvement.

Autonomy of the Will

In the term of will Kant differentiates both types like autonomy and heteronomy.

When the heteronomous will defines any possible laws and rules that are being controlled outside an individual human being as an external source of influence. It results in doing a good action out of the person’s desires but by someone’s order.

Autonomous will enables self-ruling when having a possibility to make decisions based on the own legislated wish. Therefore, a person who does a good action by their own will are better people than those who do it with the outside influence. Freely chosen decisions give more use and are generally more appreciated like moral actions being genuinely mused on and performed.

Independence of an Individual

Freedom is a primary feature in the ethics of Kant as an idea of an indispensable practical function. He also observes it in the sight of morality as he supposes our acts of ethics and morality should not be dependent on any external impacts but come from the inside will and a free will to do it. Both causality and freedom are contributions to our morality state which fully participate in the determination of our right of making some actions.

Therefore, when having in consideration the previous paragraph, in comes to mind that freedom as an option to choose in tightly bounded to the inner strength of expressing own will. 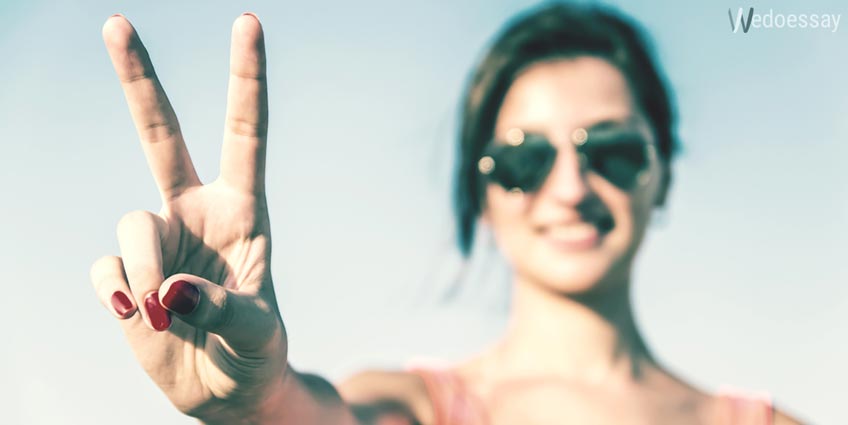 With the original name “Zum ewigen Frieden” (1795) Kant presumes that with the help of his scheme of protecting and supporting stability and political security our world would have become the safest place without interfering to other countries and being basically one international federation with the universal notion of hospitality.

To understand more about Kant’s extraordinary personality, we should mention that he never moved from his hometown Konigsberg and the whole town knew him and respected him as a notable person. It was an honest, ethical and self-disciplined person of the highest punctuality.

He succeeded in combining both empirical and rational wisdoms into one assumption that the mind of a person is to be created by both action through senses and the acquired knowledge which is the prevailing part of our mind.

Those were the primary critical beliefs of Kant. Even though some were considered as right, others as false and some were just ignored, most of his theories, especially those about intelligence and morality have become the new era of western philosophical thinking, having empiricism as well as rationalism and skepticism as a framework from which he added his own hypotheses and created a perpetual thought of our conscience and the possibilities of our mind.

A good will must be good in itself. It is an action that is done purely by the respect of a good mood and a good personality, a rational individual who cannot ignore their inner voice.

If you want us to help you with writing a paper about an idea of thought from Immanuel Kant, simply ask our essay writing help and we will provide you with the best-quality content ever for the most reasonable price!